The tornado that struck on May 20 was 1.5 miles wide, so it cut an unusually wide swathe of destruction as it carved through Moore, Oklahoma. The photos of obliterated homes and ruined streets tell part of the story, as does—sadly—the death toll from the tornado, which now stands at 24. But it’s difficult to realize just how destructive this EF5 tornado was unless you pull back—way back.

These two satellite images, obtained from Google, show Moore before the tornado and after it. The first shot is Moore as it was on April 29,2013—a prosperous suburb of Oklahoma City. You can see neat streets and tidy cul-de-sacs, the houses packed closely together. The median income in Moore is $56,601, higher than nearby Oklahoma City, and it’s not hard to understand why the population of the town grew from just 17,000 people in 1970 to over 55,000 today. Moore is more densely populated than most towns in Tornado Alley, which is why so much property—and so many people—were in harm’s way when the tornado touched down at 2:56 PM on May 20. 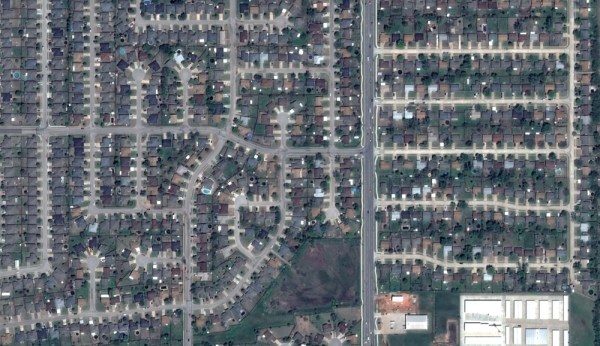 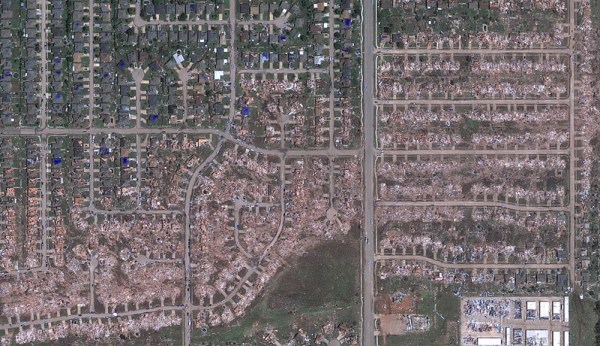 The second image was taken on May 22, and it speaks for itself. You can trace the path of the twister as it tore through the town, pulverizing buildings in a mile and a half wide band. Entire streets are all but wiped off the map, and the debris on the ground is visible even from space. The Plaza Towers Elementary School—where several children died—is gone. But what’s amazing is how selective the damage still seems. Beyond the footprint of the tornado, homes still stand, free of debris. Whether or not property was destroyed—whether or not lives were lost—depended on the whims of a cyclone as it meandered through this suburb.

Thousands of homes were destroyed or damaged by the tornado, which hit Moore with winds in excess of 200 mph. The total damages could well exceed $2 billion, which may make the May 20 twister the most expensive to ever strike the U.S. And yet, looking from above, it seems as if it could have been so much worse. 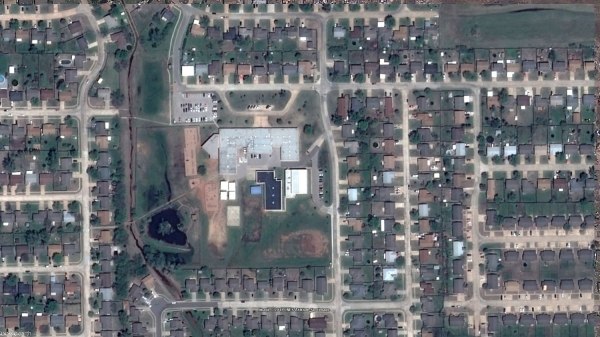 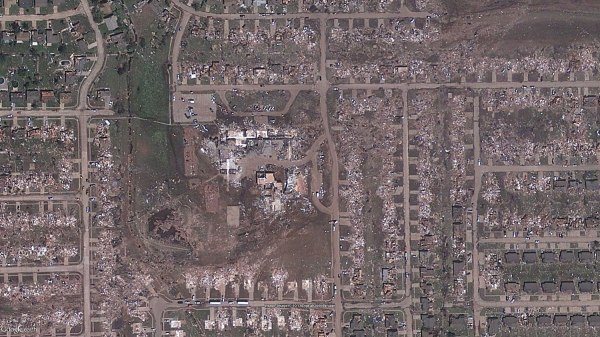 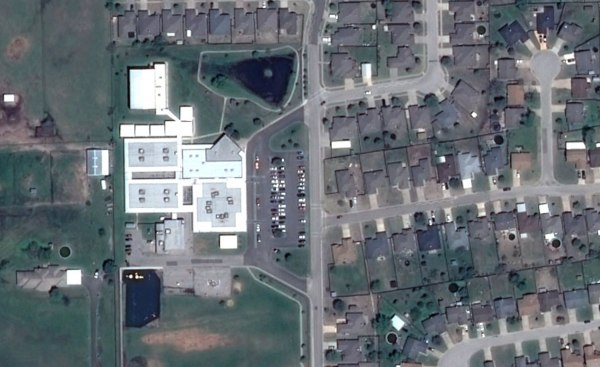 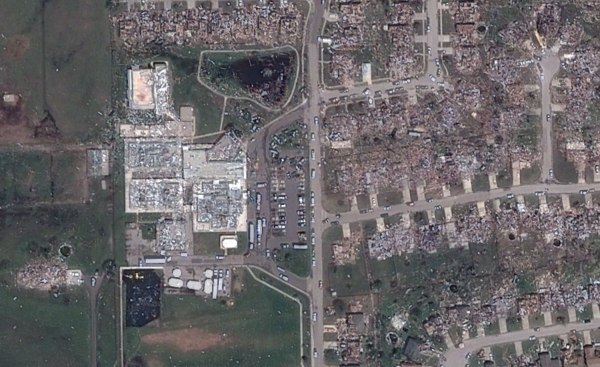 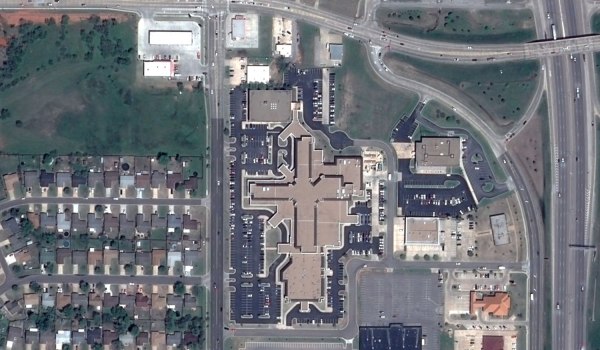 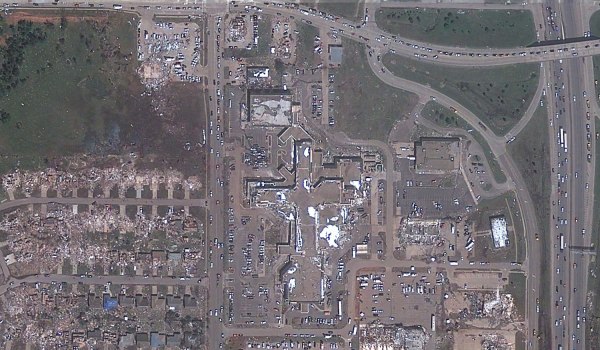